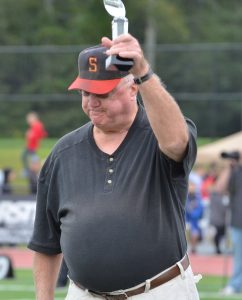 Bill Batewell is a Suffolk County baseball lifer. He has been a head coach in the region since 1975, first at Sachem for more than 30 years, and then at Bellport for another 10-plus seasons.

His teams won numerous championships.  He was also the head coach of the Long Island Team at the Empire State Games from 1990 till 2009.  His teams won a total of 16 medals over the years, including seven gold, the most won by any region in baseball.

Bill also coached the Suffolk Astros in the Stan Musial League for nine years and the Long Island Titans (fall high school league) from 2004 to 2007.  He has also coached in the Hamptons Collegiate Baseball league.

With Sachem his teams won two Suffolk County titles in 1979 and 1987 and he coached more than one dozen players who signed professional contracts, including 10 who were drafted by Major League teams. 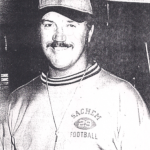