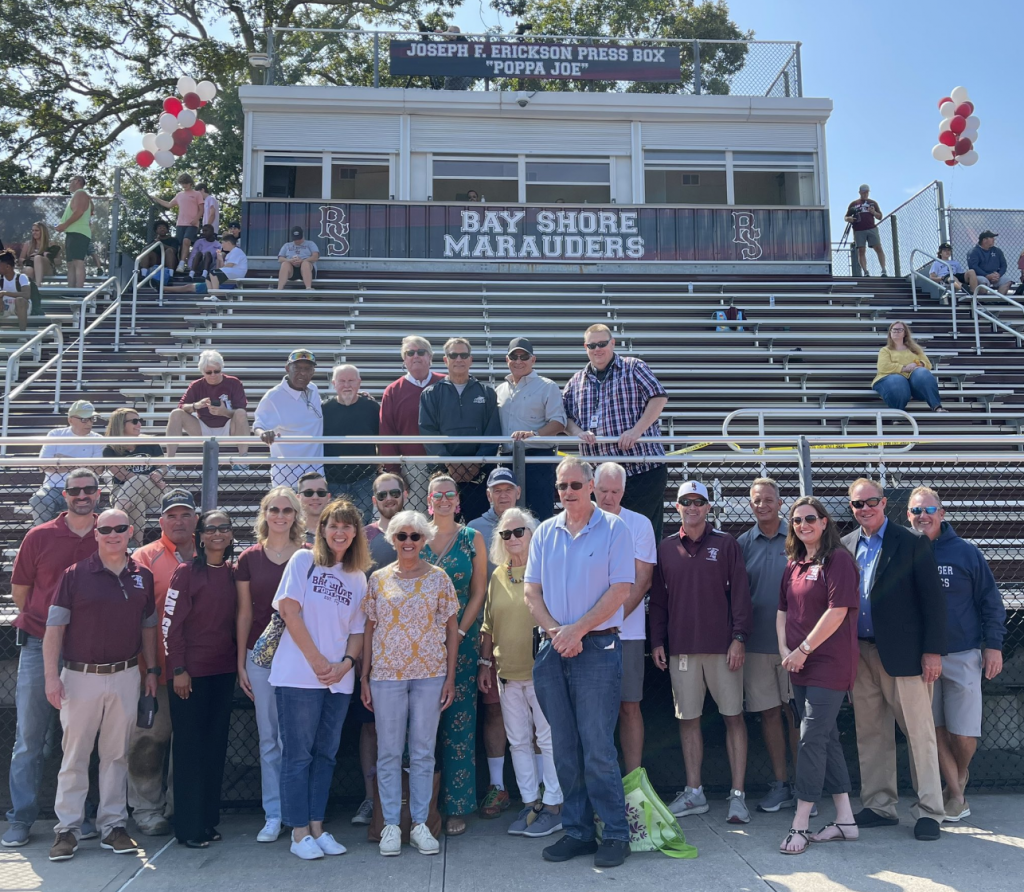 Joe Erickson is a Bay Shore legend. The Class of 1942 graduate was a three-sport athlete and later coached his alma mater to great success. He was inducted to the Suffolk Sports Hall of Fame in 1999.

The Bay Shore community honored Erickson’s spirit and legacy by naming the press box after him during their Week 2 home game. Many former Marauder players and coaches were in attendance for the historic event.

As a junior in high school he was a Suffolk County champion in the shot put and a member of Bay Shore’s 880 relay team. He was all-county and a captain in football that season and also wrestled in the county championships.

He played football at both Wake Forrest and Elon College before coming back to teach and coach in Bay Shore.

In 1958 he became the head football coach at Bay Shore where he had five undefeated-untied teams, seven league championships and 19 consecutive winning seasons. His final career record was 134-55-18.