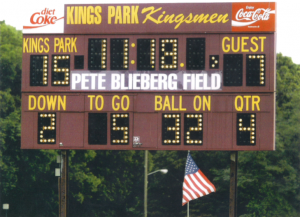 Pete Blieberg was a longtime athletic director at Kings Park, East Islip and Sachem and today serves as the Assistant Executive Director of Section XI, the governing body of high school sports in Suffolk County.

For more than 20 years, since the game’s inception, Blieberg has served as the game coordinator of the Empire Challenge, the largest high school football all-star game in the state, that aims to raise awareness for cystic fibrosis through the Boomer Esiason Foundation.

He has been involved in numerous professional organizations such as Section XI Conference I, the Suffolk County Football Coaches Association and is a founding member of the National Football Foundation (Suffolk County) to name a few.

He is an inductee of the Sachem and Kings Park Athletic Hall of Fames.

Pete lives with his family in Islip Terrace. 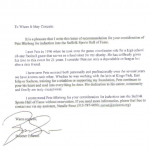 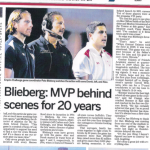