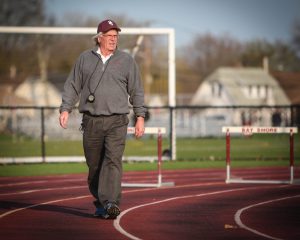 Borbet has been the head girls’ track and field coach at Bay Shore High School since 1975. He has coached more championship teams than any other coach, in any other sport, in Suffolk County history.

In 1986, he coached a United States team that competed in China.

Steve has traveled all over the United States, helping secure scholarships for his student-athletes. One of his career highlights is that 49 of his former runners have gone on to become track coaches.