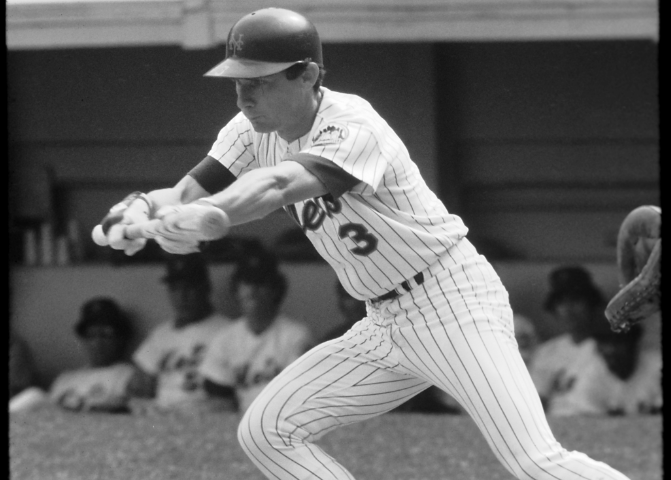 Harrelson is a former MLB shortstop, and is currently a coach and part-owner of the Long Island Ducks. From 1965-80, he played for the for the New York Mets, Philadelphia Phillies and Texas Rangers. After retiring from play, he served as a coach on the staff of the 1986 World Series Mets and was the team’s manager from 1990-91. He is the only player to be involved in both of the Mets’ World Series championships as a player in 1969 and as a coach in 1986.

Harrelson was a typical shortstop of the his era, anchoring his team as a solid fielder while lackluster at the plate. He has a lifetime batting average of .236 with a total of seven home runs during his fifteen-year career. However, his lifetime .969 fielding percentage made for two All-Star votes and league MVP consideration in 1970, despite batting .243 that season. The next season, he earned a Gold Glove Award. 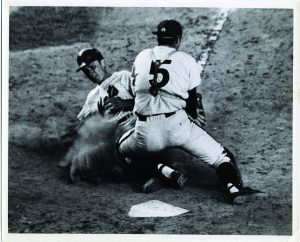 During the 1973 National League Championship Series, Harrelson was involved in a bench-clearing brawl with Pete Rose after the all-time hits leader slid hard into second base in an attempt to break up a double play. Bud was warned during pregame warm-ups by Reds second baseman Joe Morgan that Rose was unhappy with his comments after a 5-0 complete game victory in Game 2 of the series. The brawl caused the game to nearly be called off after the Shea Stadium crowd began to throw objects at Rose. After order was restored, the Mets went on to handily defeat the Reds, 9-2, and eventually win the pennant after a Game 5 win.

After retirement, Bud managed the Little Falls Mets in 1984 and the Columbia Mets in 1985. He replaced Bobby Valentine on the Mets coaching staff part way through the 1985 season. Following Davey Johnson’s dismissal as Mets manager 42 games into the 1990 season, Harrelson took over and led the team to a 91-71 winning season. Although the Mets were contenders for most of the first half of the following season, they collapsed in the second half and Harrelson was fired with a week remaining in the season.

Harrelson grew up in Hayward, California, graduating from Sunset High School in 1962. He has resided in Hauppauge, New York, and, in 2000, became co-owner, Senior VP of Baseball Operations and first base coach of the unaffiliated minor league baseball team, the Long Island Ducks. Bud has six children. 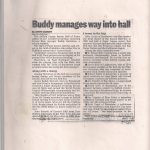 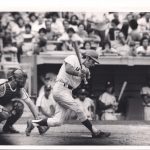 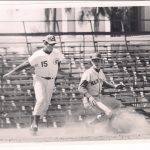 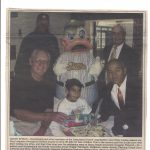