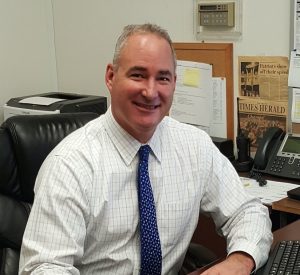 Before starting his coaching career, Tom Combs was an outstanding athlete at Smithtown High School where he excelled in football and went on to play at Ashland College.

Tom was a physical education and health teacher at Harborfields High School from 1980 to 2003, where he coached the varsity football team, with an all-time record of 80-39-3.

His teams won the Rutgers Trophy, awarded to the top football team in Suffolk County, in 1995 and 1996. They enjoyed two Long Island, five Suffolk County and six division championships.

He was named Division Coach of the Year seven times and later became the Athletic Director at Patchogue-Medford, a position he held until 2016 when he was named the Executive Director of Section XI, the governing body of high school sports in Suffolk County.