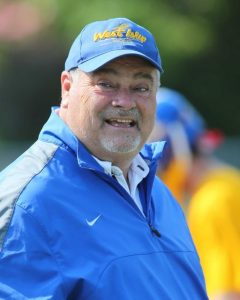 A longtime boys lacrosse coach at West Islip High School, in more than 25 years at the helm his teams qualified for the Suffolk County playoffs every season.

Some of his accomplishments: nine county championships (in a row from 2004 to 2012), as well as seven Long Island, six down state and five state championships.

Scott has won numerous coaching awards over the years, and he was inducted into the Long Island Metropolitan Lacrosse Hall of Fame in 2012.

He retired after the 2018 season having coached exactly 600 games. He won 479 of those and retired with the ninth most victories in New York history.