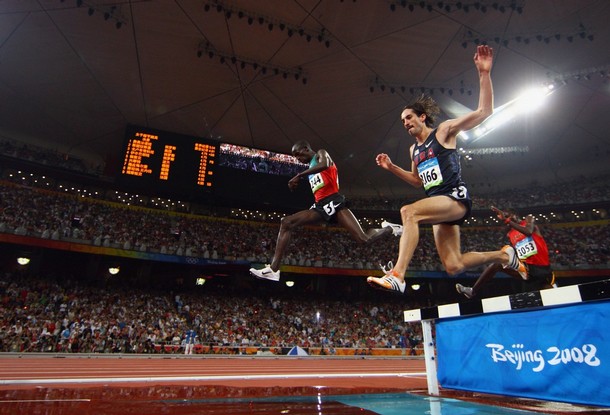 BEIJING - AUGUST 18: (L-R) Ezekiel Kemboi Yano of Kenya and Anthony Famiglietti of the United States compete in the Men's 3000m Steeplechase Final at the National Stadium on Day 10 of the Beijing 2008 Olympic Games on August 18, 2008 in Beijing, China. (Photo by Michael Steele/Getty Images) 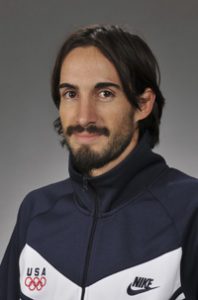 A Former track & field star at Patchogue-Medford High School, he who went on to become a two-time Olympian.

A six-time U.S. Champion, he won the gold medal in the 3,000-meter steeplechase at the 2001 World University Games, and the bronze metal at the 2003 Pan Am games in the same event.

He has competed for the U.S. in the 3000 meter steeplechase at the 2004 Athens Olympic Games and the 2008 Beijing Olympic Games.

He has competed in a variety of middle and long distance events, ranging from the 1500 meters/mile to the 10,000 meters. He is also famous for having trained alone in New York City for many years but currently trains in Davidson, North Carolina.

Famiglietti is the subject of the independent documentary Run Reckless, which was released at the Running Movie Festival in Eugene, Oregon, at the Olympic Trials EugeneFest.

After graduating from Pat-Med, Famiglietti attended Appalachian State University and the University of Tennessee, where he graduated in 2000.