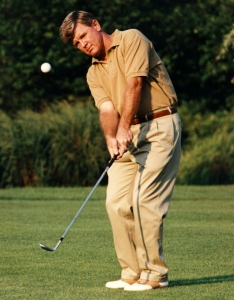 Hebron is the director of golf at Smithtown Landing Country Club. He has earned the title of “PGA Master Professional” for his work in the golf instruction arena. He has been voted as one of Golf Magazine’s top 50 instructors from 1991 to the present. He won the PGA of America “Teacher of the Year” award in 1991. He has written many books on golf instruction.

Golf Magazine and Golf Digest have consistently named Hebron as a member (since their first listings) of America’s Top 50 Instructors.

Over the years, Hebron has worked with many successful golfers from the PGA and LPGA tours and several national champions in America and abroad PGA including three men’s major winners.

He has also worked with many successful high school and college golfers—but Michael’s pride is working with club golfers.