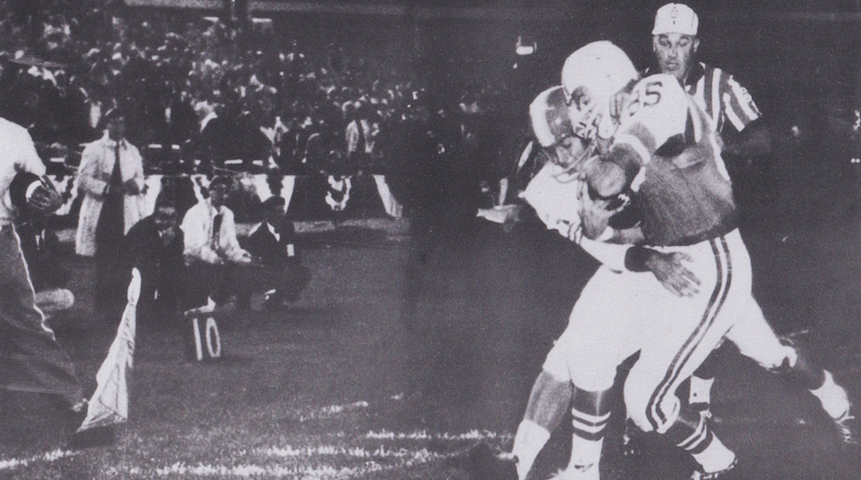 Gene Heeter will always be known for scoring the first touchdown at Shea Stadium as a tight end for the New York Jets in a game against the Denver Broncos on Sept. 12, 1964.

He grew up in Pennsylvania and is a member of his Windbar High School Hall of Fame, but has called Suffolk County home for many years.

He received numerous awards as a college football player at West Virginia University in 1959 and served as Team MVP in his senior year.

He was drafted by the San Diego Chargers in 1963 and went on to play for the New York Jets until his retirement in 1966 due to several knee injuries.