Howard was the head football coach at Amityville Memorial High School from 1951 thru 1966, where his teams were nearly unbeatable.

He also attended Amityville and the football field was named in his honor in 1990.

Howard never had a losing season and won nine consecutive league championships, which has never been duplicated on Long Island. He won five consecutive Rutgers Trophies, which are given to the best team in Suffolk County.

His team is the only in Suffolk County to retire the trophy (must win 3 years in a row to do this).

He is the originator of the famed Shotgun Offense and writer of several books. 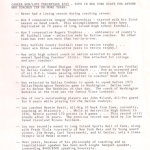 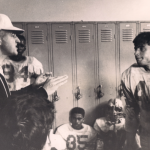