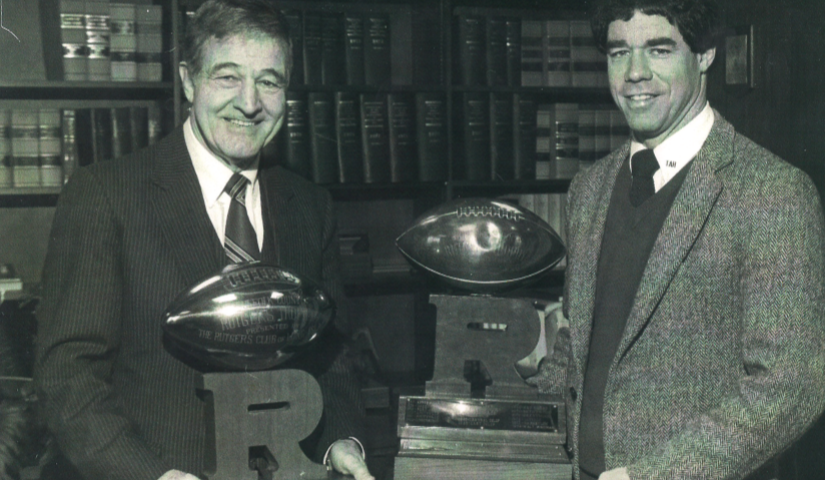 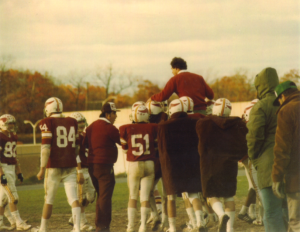 However, he found a home coaching, six miles down Sunrise Highway, at Bay Shore High School where he coached the Marauders from 1981-87.

During that period, his teams made six straight playoff appearances, won four consecutive county championships and two consecutive Rutgers Trophies in 1983 and ’84.

Tom was named Coach of the Year in 1983 and ’84 by Newsday, the New York Daily News and The Retired Football Coaches Association.

Tom and his dad, Lou, were the first father-and-son duo to win back-to-back Rutgers Trophies and won a total of eight between them.

Tom left football in 1987 to run for Trustee in the Village of Amityville, where he served for 10 years. As an Athletic Director for 20 years at various high schools throughout Suffolk and Nassau counties, he mentored many young coaches.