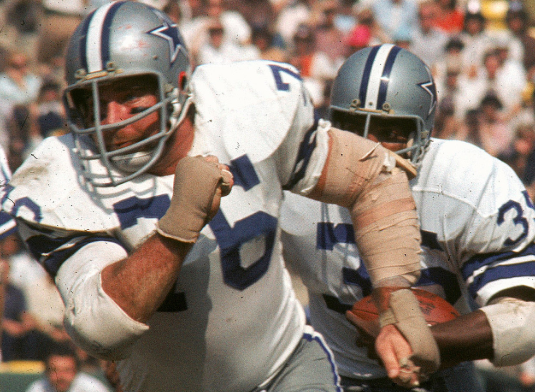 It didn’t take a 60th anniversary for us to tell you that Suffolk Sports Hall of Famer John Niland is one of the greatest Cowboys of all-time, but we’ll take it.

The Amityville native was named to the top 60 Cowboys list and received a book and letter from Jerry Jones to commemorate the moment.

Niland was an All-Pro lineman and played for Cowboys from 1966 through 1974. He finished his career with the Eagles.