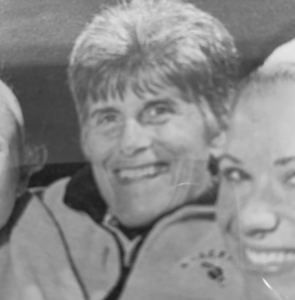 Miller Place girls’ varsity field hockey coach for 31 years, with a record of 493 wins, 65 losses and 35 ties.  She was also the Director of physical education at the school from 1994 thru 2006.  Her teams went to the NYS championships 15 times, winning five gold medals and 10 silver, and they had 31 consecutive division league titles.

She was also inducted into the National Girls & Women in Sports Hall of Fame at Stony Brook University in 1992.

In addition to coaching, she is also a women’s basketball and lacrosse official, being top ranked in lacrosse (earned a national rating in 2004) and one of the five top ranked in basketball.

As an athlete in high school, at the Waldorf School in Garden City, she lettered in three sports during all four years and went on to play four years of field hockey and basketball at Cedarville College, where she was named “Athlete of the Year”as a junior in 1969.

She was also selected to the United States National Handball team from 1974 thru 1976.