The Long Island Ducks are celebrating 20 seasons of operation this year and the historic marker adds to the celebration. The marker now lives outside Bethpage Ballpark and is visible for fans to enjoy as they enter and exit the venue. 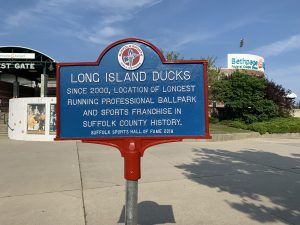 The Suffolk Sports Hall of Fame was founded in 1990 to honor people of historic note, but this designation marks the beginning of a new program that will put historic markers at places of sporting significance across the county in the coming years.

“This is an extremely special designation and we’re proud to partner with the Ducks to make this happen,” said Chris R. Vaccaro, executive director of the Suffolk Sports Hall of Fame. “Our Hall of Fame will now recognize historic places and we hope these markers leave a lasting impression for generations.”

“We thank the Suffolk Sports Hall of Fame for this outstanding recognition,” said Ducks President/GM Michael Pfaff. “When Frank Boulton began this journey, many did not think a minor league ballpark in Suffolk County would work. Then, with the initial great success of the Ducks, others predicted it would not last. This marker celebrates both the success and longevity of Long Island’s hometown team, a tradition we look forward to continuing in the future.”

About the Long Island Ducks: The Long Island Ducks are members of the Atlantic League of Professional Baseball and play their home games at Bethpage Ballpark. For further information, call (631) 940-DUCK or visit www.LIDucks.com. 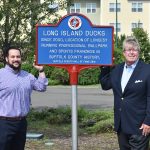 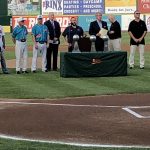 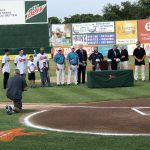