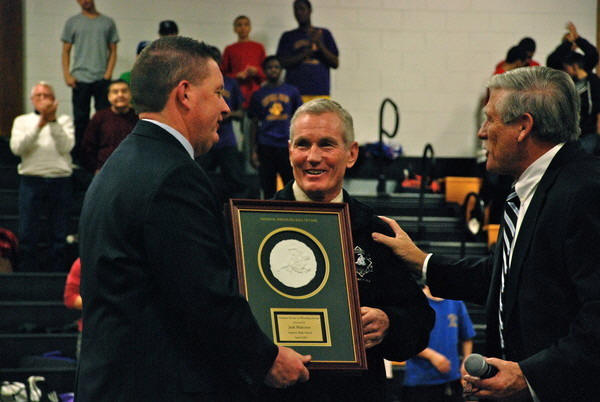 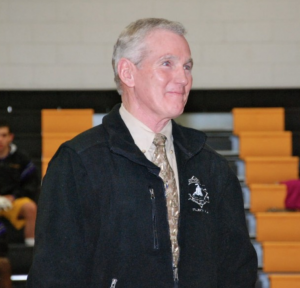 Jack Mahoney was the boys varsity wrestling coach at Sachem H.S. from 1972 until 2005, where he built a powerhouse program.

His squads had 11 League I Dual Meet titles, 18 League I Conference I Tournament titles and five Section XI championships.

They were New York State Cup Champs in 1981.  Jack had 341 career wins, and won Coach of the Year 10 times in League I and five times in Section XI.

In 1989, he was NYS Man of the Year in Wrestling USA Magazine and received the NYS Coaches Association honor award.

In 1995, he was named Coach of the Year in New York State and Region I by the National Wrestling Coaches Association-Scholastic Division. Jack was the chairman and coach at the Empire State Games from 1978 to 1999, and co-chairman from 2000 to 2002.

He has been the Director of Sachem wrestling camps since 1984. In May of 2005, Jack was inducted into the National Wrestling Hall of Fame.

In April of 2006, he was presented with the “Grand Master Award” given by the Suffolk County Wrestling Coaches Association.  He was inducted into the Lindenhurst H.S. Hall of Fame in 2007.