McCarrick coached at Miller Place High School from 1973-98 and never lost a game.

Her coaching record was 389-0, which has been recognized in the Guinness Book of World Records. In 1978, she started sending her players to the Junior National Championships and they won 117 National titles.

After her retirement, Miller Place continued to be undefeated until April of 2005, when they were finally defeated by Smithtown High School, 10-5.

Their record ended with 504 consecutive wins over a period of 32 years and three coaches, which still holds a record in Guinness. 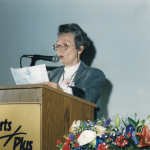 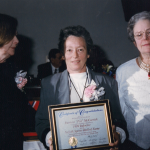