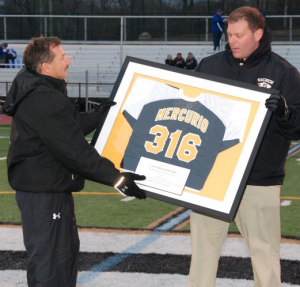 Rick Mercurio was the boys varsity lacrosse coach at Sachem from 1985 through 2005, where he enjoyed many championships at all levels including a state title in 1993.

He had a total of 316 wins, which put him in the top five in Suffolk and top 15 on all of Long Island for boy’s lacrosse coaching victories.

He is a global ambassador for the game of lacrosse, coaching and teaching in multiple countries for the last 10 years.  Last summer he was an assistant coach for Team Russia at the World Championships.

Rick is also an inductee of the Sachem Athletic Hall of Fame and the Long Island Metropolitan Lacrosse Hall of Fame.