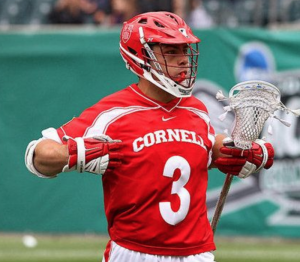 Rob Pannell is one of the most decorated lacrosse players in Suffolk County, Long Island and American history.

He is the second leading scorer in men’s Division I history, and holds the Cornell and Ivy League all-time scoring records. He was the Ivy League’s first ever three-time Player of the Year award winner. He was voted the NCAA’s Outstanding Player of the Year in Men’s Lacrosse in both 2011 and 2013 when he was awarded the Lt. Raymond Enners Award by the USILA. He won the 2013 Tewaaraton Trophy which is awarded by The Tewaaraton Foundation to the most outstanding American college lacrosse player.

Pannell attended Smithtown High School. He played on the varsity lacrosse team for three years and led Long Island in scoring his senior year with a school record 130 points. Pannell was named offensive MVP of the team that season and earned a place on Newsday’s All-Long Island second team. After the season, he was named to the 2007 high school All-American team. He also played football, basketball, and golf, earning Academic All-Division honors for football in his senior year.

After graduating, he attended Deerfield Academy for a post-graduate year, and played basketball and lacrosse. He set a Deerfield lacrosse record for points in a single season with 99. Additionally, he earned the Stewart Lindsay, Jr. Award for the Outstanding Attackman in Division I high school lacrosse. 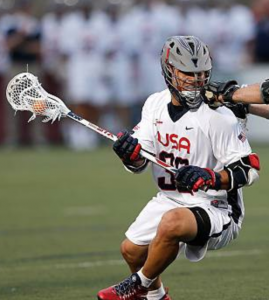 His Uncle, Jim Metzger, is also an inductee of the Suffolk Sports Hall of Fame.