Cheviot played at Seton Hall High School in the late 1960s and early 70s. He was the captain of the 1969 and ’70 teams and helped lead them to undefeated seasons playing as a running back, linebacker and in special teams positions. The team’s winning streak of 23 straight games is still among the top in Suffolk County history. In 1970, he was part of the Daily News & L.I. Press All-County football teams, and the Newsday All Long Island team.

That same year, he was Long Island News player of the year and the NY State leading scorer. He was also part of the All League Catholic High School and All County Daily News basketball teams.

He went on to become the assistant coach of the varsity football team at St. John the Baptist High School in West Islip from 1994 to 1996 and again in 1999. His teams made the playoffs each season and won the CHSFL Division Championship in 1994.

Pete is a Vice President with BAX Global located at JFK International Airport.

On a personal note, Pete is a two-time brain cancer survivor and he volunteers for the Jerry Hartman Center Christa House in West Babylon, where he assists with the at-home care of cancer and AIDS patients. 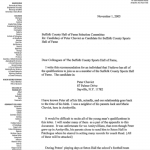 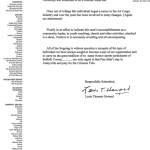 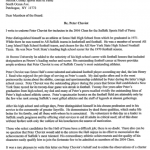 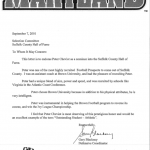 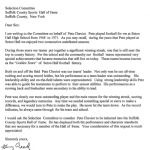