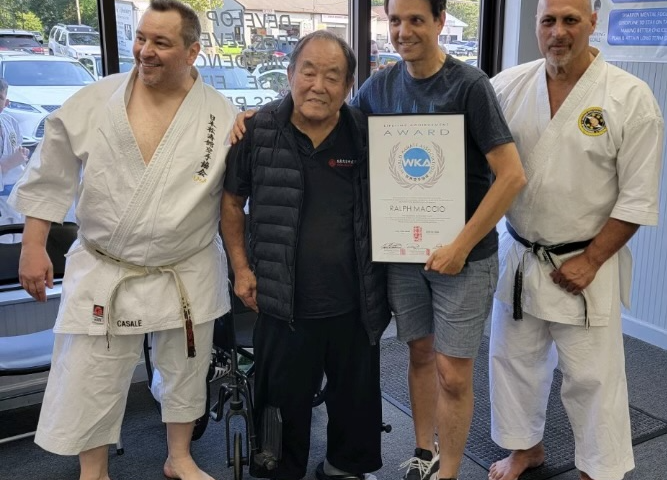 Ralph Macchio was back in the dojo with a very special historic connection thanks fellow Suffolk Sports Hall of Famer Jerry Figgiani.

Sensei Fumio Demura, 83, a Japanese native and the original stunt double for Pat Morita in Karate Kid, paid a visit to Figgiani’s East Coast Blackbelt Academy in Middle Island. Macchio, a Miller Place resident, got word and come by to see Demura for the first time in 30 years.

Macchio was inducted to the Suffolk Sports Hall of Fame in May 2022 as a special recognition honoree thanks to his role as Daniel LaRusso in Karate Kid and Cobra Kai.

Figgiani presented Macchio with a lifetime achievement award for his contributions to martial arts. 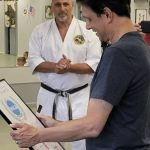 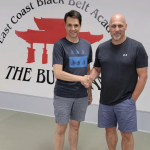 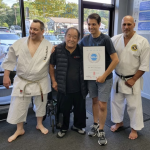 #TBT I reconnected with the legendary Sensei Demura yesterday after a 30 year hiatus. Epic moment. He was Morita’s stunt double. A martial arts legend.🥋#respect pic.twitter.com/GsGnQ07uYU