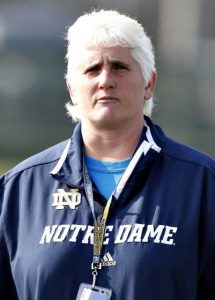 Carol Rose has been the girls varsity lacrosse coach at Northport High School since 1990, and is the winningest girls coach in New York State history.

She has produced over 60 All-American players while at Northport, and her teams have won numerous championship titles. Rose also produced 85 players who played lacrosse at the Division I level.

She was instrumental is building the Yellow Jackets Travel Girls Lacrosse Program, which showcases some of Long Island’s most up and coming prodigies in the sport.

In 2018 her Northport team reached career win No. 400 for both Rose and the program.

Along with coaching, she is also the Chief Executive Officer of Long Island Elite Lacrosse Club and a physical education teacher as well as the building coordinator for Northport Middle School. Rose is also a member of the New York State Century Club and US Lacrosse Legends Club.

In 2020 Rose was named a national coach of the year by the National Federation of State High School Associations Coaches Association.