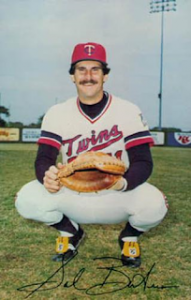 Sal Butera graduated from Connetquot High School in 1970 and Suffolk Community College in 1972.

Signed by the Minnesota Twins as an amateur free agent in 1972, Butera made his major league debut in an extra innings game against the Oakland Athletics on April 10, 1980. He struck out in his only at bat.

Butera remained with the Twins as Butch Wynegar’s back-up until Spring training 1983 when he was dealt to the Detroit Tigers. Injuries limited Butera to only four games with the Tigers, and he was released at the end of the season.

Butera spent the 1984 season with the Montreal Expos triple-A American Association affiliate, the Indianapolis Indians, and appeared in three games for the Expos following a September call-up. After the 1985 season, he was dealt to the Cincinnati Reds with Bill Gullickson for Dann Bilardello, Andy McGaffigan, John Stuper and Jay Tibbs. He was released by Cincinnati during the 1987 season, and was immediately re-signed by his original franchise, the Minnesota Twins.

Butera was a member of the Twins team that defeated the St. Louis Cardinals in the 1987 World Series. He was released, re-signed, and released again by the Twins during the 1987–1988 offseason, then was signed by the Toronto Blue Jays, where he played in 23 more games.

Butera was the video replay and catching coach for the Toronto Blue Jays during the 2014 season. He became a major league scout for the 2015 season. 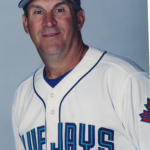 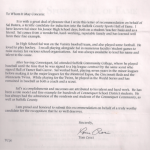