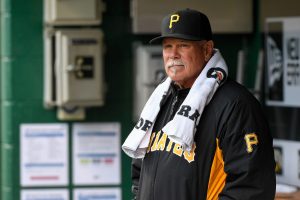 Searage got his start as a baseball player at Deer Park High School and went on to play major league baseball for 10 years for the Mets, Brewers, White Sox and Dodgers.

He played college baseball at West Liberty State College, and signed with the St. Louis Cardinals in 1976. In December 1979, he was traded to the New York Mets for Jody Davis. In his brief tenure with the Mets in 1981, he had a 1–0 career record and went 1 for 1 in his only at bat, making him the only Met in history to have a 100% winning percentage and a 1.000 batting average. While with the Brewers, he had a streak of 28 consecutive scoreless innings pitched from 1984 to 1985, which tied a team record. He then played for the White Sox and Dodgers until 1990.