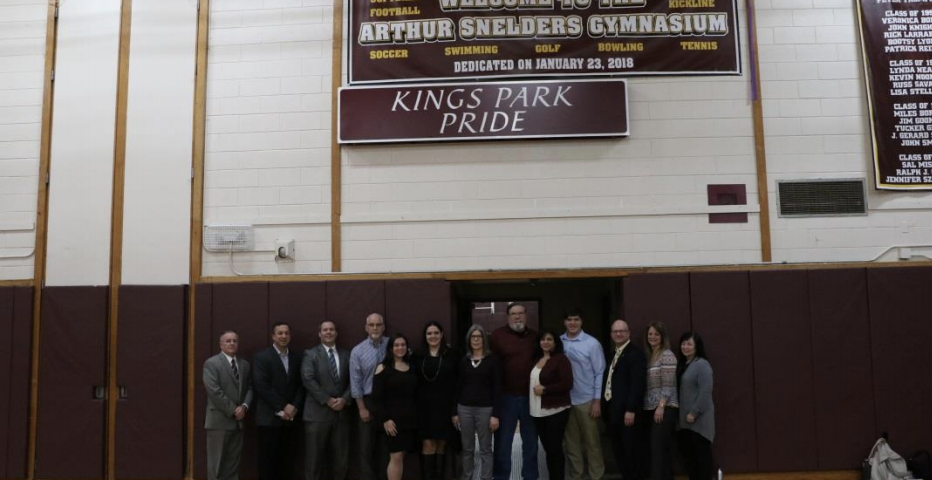 Throughout his two years on the football team, Snelders was one of the outstanding football players.  However, his true accomplishments were on the basketball court.  Under Coach Bill Altenberg, Snelders became the first Adelphi basketball player to score 1,000 points and was the top scorer on Long Island in 1947 and 1948.  In 1974, he was inducted into Adelphi University’s Hall of Fame.

After graduating college, Snelders played semi-pro basketball for the Carlos Jewelers and Northport Invaders.  He then went on to get his master’s degree in physical education at Hofstra University and then certification at New York University.

When Kings Park High School expanded their physical education and sports programs, they appointed Snelders as a coach and teacher.  Later, he was appointed as the athletic director and stayed at the school for over 30 years.  True to his motto “Semper Fi”, or “Always Faithful”, Snelders truly was loyal to the Kings Park High School sports program.

Additionally, Snelders was also an official in the Smithown basketball leagues for over 20 years and served as the Suffolk County basketball chairman for five years.

After retiring, he became the first person to be inducted into the Kings Park High School Hall of Fame.  Currently, Snelders resides in Pennsylvania.