Herrmann, who was inducted into the Suffolk Sports Hall of Fame in 2020, spent 36 years at Newsday on various beats and spent many years chronicling the history of sports on Long Island. He is also an inductee of the Center Moriches Athletic Hall of Fame.

A voting member of the Baseball Hall of Fame, Herrmann provided context and comparisons about various points in sporting history and localized many topics for the engaged students. He spoke about Long Island Arena where the Long Island Ducks hockey team played from 1959 through 1973 and discussed the importance Long Island has had in golf history.

There will be monthly guest speakers with connections to the Hall of Fame, all offering deep insight into sports history, business, and media. 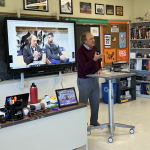 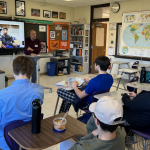 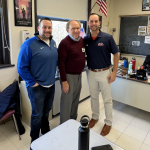