The historic marker was timed with the resurrection of baseball in Bridgehampton, which returned after a 43-year hiatus.

Yastrzemski, who was inducted to the Suffolk Sports Hall of Fame in 1990, grew up in Bridgehampton and graduated from the high school in 1957. He hit .512 during his prep baseball career.

Yaz’ longtime friend Dan Shedrick of Sag Harbor read from a statement written by the local icon: “I truly regret that I am unable to join you today for this special honor. My thanks to my coaches and teammates and members of the Bridgehampton community for their support. Most importantly my congrats to the ‘Bridgies’ new varsity team — learn from your coaches, play hard and have fun.’

The marker designates the location of the field as historic as it is place where “Yaz” began his storied career that resulted in a Baseball Hall of Fame induction in 1989.

The first historic marker was placed at the home of the Long Island Ducks, the longest running pro sports venue in the county, in 2019. Next month the Hall of Fame will recognize the location where Satchel Paige once pitched in Riverhead in 1950. 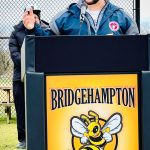 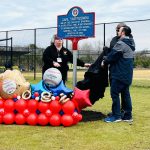 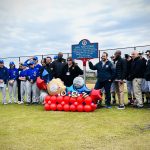 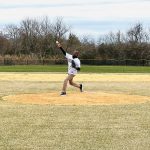 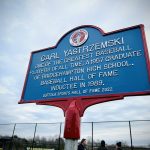 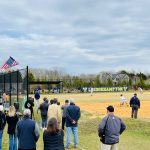 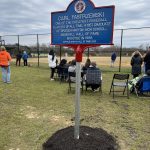