Deschamps, who was inducted to the Suffolk Sports Hall of Fame in 2010, spoke about his life in hockey which extended from Canada to various pro leagues across America, where he played on the now defunct Long Island Ducks in the early 1970s.

During that time he set the single-season Ducks’ scoring record with 57 goals. He played against some of the games’ greats like Gordie Howe, was instrumental in the journey of Suffolk Sports Hall of Famer Val James, served as an executive of equipment company Koho and continues to work as the Director of Hockey in the Town of Oyster Bay at the age of 82. 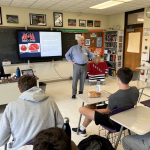 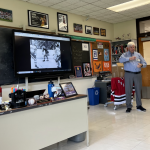 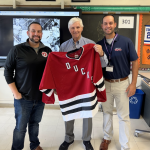