Twelve members of the family were inducted from Brightwaters. Each member was either a player or coach or both.

On July 21, 1991, Diane Ketcham of the New York Times wrote: “No Van Nostrand has made it to adulthood without a racquet in hand. Allan and King both taught their wives to play and both wives became tennis instructors. They, in turn, taught their children four in each family. King’s daughter Molly was taught so well that she became a successful professional, reaching the quarterfinals at Wimbledon and a finals in New Jersey, where she played against Steffi Graf.” 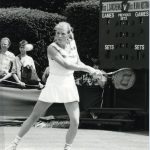 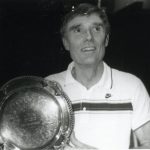