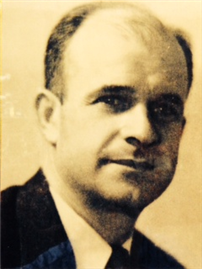 Described as a man of integrity, character, dedication, ethics and leadership, Mr. Williams worked in the district from 1939-1960.

Previously, his legacy was commemorated with an induction into the school’s Wall of Fame and with the athletic field being named in his honor.

In addition to his service to the school district, Mr. Williams was a past president of the Suffolk County High School Athletic Association and an intramural basketball coach at St. Joseph’s Elementary School in Babylon. He also conducted a summer basketball and swimming course. An award bearing his name has been given to the Suffolk County high school baseball team with the best winning percentage since 1961.

In his nominating letter to the Suffolk County Sports Hall of Fame, Babylon resident and graduate Joe DeLucca said, “Walt was a great teacher, and to me he was the epitome of a coach. I owe so much of my own success to what he instilled in me….Certainly he was one of the founders and pillars of what Suffolk County is today in high school sports.”