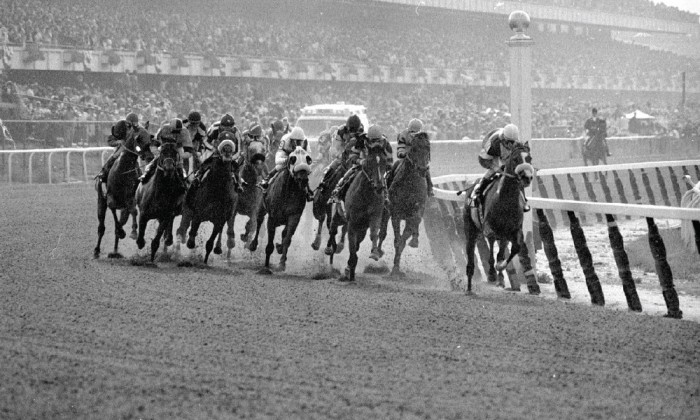 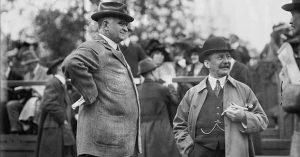 August Sr. was the founder of organized racing in the New York area, such as the Belmont Stakes. He also helped organize the National Jockey Club. Both August and August Jr. were racehorse owners, breeders and promoters.

The Belmont Stakes debuted at Jerome Park Racetrack, owned by Belmont’s friend, Leonard Jerome (the maternal grandfather of Winston Churchill). The Belmont Stakes is part of thoroughbred horse racing’s Triple Crown and takes place at Belmont Park racetrack, just outside New York City. Belmont was heavily involved in thoroughbred horse racing. He served as the president of the National Jockey Club from 1866 to 1887, and owned two large horse-breeding farms as well.

August Sr. was a politician, financier, foreign diplomat, and party chairman of the Democratic National Committee during the 1860s, and later a horse-breeder and racehorse owner. He was the founder and namesake of the Belmont Stakes, third leg of the Triple Crown series of American thoroughbred horse racing.

August Jr. financed the construction of the original New York subway (1900-1904) and for many years headed the Interborough Rapid Transit Co., which ran the transit system. He also financed and led the construction of the Cape Cod Canal in Massachusetts, which opened in 1914. Belmont bought the land for and built New York’s Belmont Park racetrack — named for his father — and was a major owner/breeder of thoroughbred racehorses. He served as chairman of the board of the Louisville and Nashville Railroad. He also served as a director of the Southern Pacific Co., parent of the railroad, and National Park Bank. 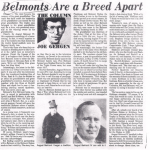