Bob Chipman was left-handed baseball pitcher from 1941-52. In his dozen seasons in Major League Baseball, he played for the Brooklyn Dodgers, Chicago Cubs and Boston Braves.

Although born in Brooklyn, Chipman attended school in Northport, where he played for the Northport Tigers. It was here that he earned his nickname “Mr. Chips,” which stayed with him throughout his professional career.

After graduating from Northport, his career began in 1939 in the minor leagues winning 14, 17 and 17 games in three consecutive seasons. Chipman was then called up by the Dodgers in September 1941 and appeared in one game, pitching five scoreless relief inn

ings against the Phillies. The Dodgers had clinched the NL pennant three days earlier and Chipman’s win was Brooklyn’s 100th of the season. However, he was not eligible to appear in the 1941 World Series with Brooklyn.

In 1944, he was traded to the Cubs where he spent the next five-and-a-half seasons of his career appearing in 189 games, 72 as a starting pitcher. In Game 5 of the 1945 World Series against the Detroit Tigers, he appeared as a relief pitcher for Chicago. 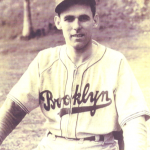 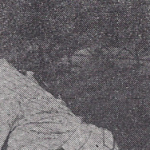 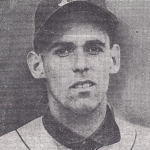 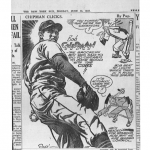 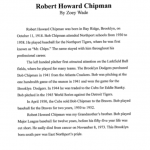