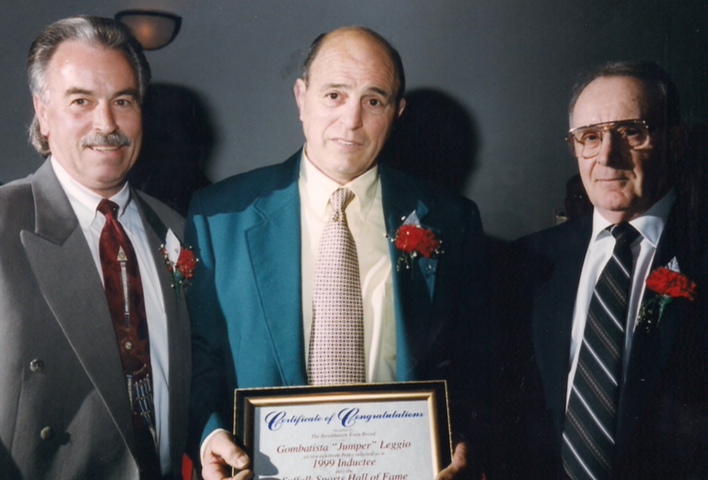 Goombatista “Jumper” Leggio was born and raised in Bay Shore. Jumper started wrestling in 1946 when he was in seventh grade, but was unable to participate until 1949 when he was a freshman in high school and weighed 103 pounds.

That year, he placed as the runner-up in the Eastern Championships and earned a varsity record of 10-3.

He was an undefeated Eastern Long Island champion and runner-up at the Long Island Championships in 1950 and 1951.

After graduating high school, Jumper joined the United States Navy in 1953 where he wrestled until 1957. He even won the Interservice Championships four years in a row. After becoming the Jr. Met Champion, Leggio was no longer able to compete anymore due to the tournament’s rules.

After being honorably discharged in 1957, Jumper represented the United States against Canada and won a year later. He also went to Attlebora, Massachusetts with his friends, Bill Farrell, Lou Giani, Doug Bloubagh, Jerry Grenier, and the Wapple brothers and they all took first.

In 1959, Jumper represented the United States against Japan in Amityville and won once again. He continued to wrestle in numerous tournaments and emerged victorious in all of them. His winnings made him a prime candidate to represent the United States in the 1960 Olympics, but Jumper hurt his back while working, making him unable to compete.

Leggio went on to coach at Bay Shore in 1963 where he won many titles. He chartered the team with his best friend, Billy Knapp and started the Penataquit Social Athletic Club and coached numerous wrestlers out of Islip Township.

In 1976, Jumper was offered a job to coach at Bay Shore’s freshman level which he accepted. In his four years, he had only lost one match.

In 1980, he was named New York State Man of the Year. One year later, Jumper coached Bay Shore’s junior varsity wrestling team where he won the Section XI Championship by record points and again in 1982.

Jumper had won many awards in 1987. He had received Mr. Bay Shore and the Grand Master Award by the Suffolk County Wrestling Coaches Association. Additionally, the Suffolk County Kid Wrestling Tournament was dedicated and changed to “Jumper Leggio Suffolk County Championships” as he was known as the father of kid wrestling in New York and the east coast.

Jumper was inducted into the National Wrestling Hall of Fame and named Bay Shore Alumni Man of the Year in 1997. 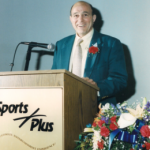 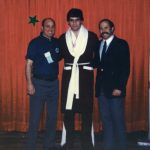