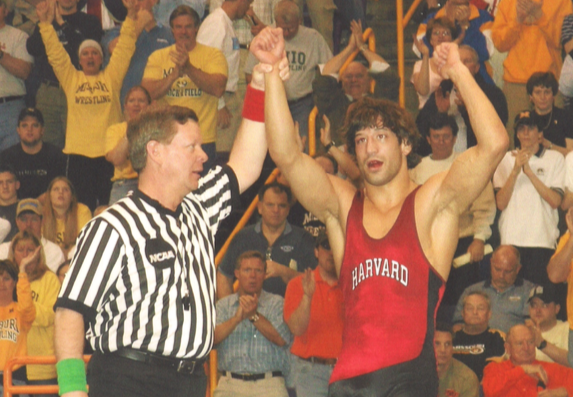 Jantzen began his wrestling career at Shoreham-Wading River H.S., where he was the first four-time state champion in New York history.  He compiled a 221-3 record, losing only as a seventh and eighth grader. He was a three-time All-American and two-time National Champion. He was named the Asics Wrestler of the Year and the National Most Outstanding Wrestler in 2000. Jesse went on to wrestle at Harvard University, where he was a three-time NCAA All-American and a First Team Academic All-American. 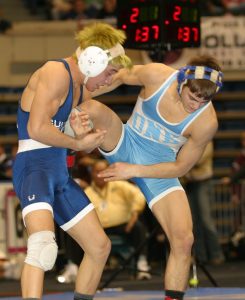 As a freshman, he received the program’s Hardest Worker Award and was named the Ivy League Rookie of the Year. He followed his freshman season with a third place finish at the University Nationals Freestyle & U.S. Open Freestyle Tournaments.

As a sophomore, he finished third at the NCAA’s tournament, the best finish by a Harvard wrestler since John Lee came in third in 1953. He was the Eastern Inter-collegiate Wrestling Association’s (EIWA) champion at 149 pounds and was named their Most Outstanding Wrestler after pinning his final 2 opponents en route to the title. He finished the season 37-3, with his only losses coming to the Nat’l champion and runner-up.

As a junior, he captured his second EIWA title and closed out the season 39-2, with losses coming against the first and second ranked wrestlers in the nation.

In 2004, as a senior, he won the NCAA Division I Nat’l Championship, earning outstanding wrestler honors and becoming Harvard’s first National Champion in 66 years, and once again, he was an EIWA champion,

In 2005, he won the Gold Medal at the World University Games in Turkey – only the third USA wrestler to do so.  He took fourth place at the Senior World Team Trials and was a Schultz International Bronze medalist.

He was the Assistant Coach for Harvard’s wrestling team from 2004 to 2008. Jesse has worked at over 75 wrestling camps across the USA since 2000, teaching proper technique, strength training and nutrition. He is a mentor to wrestlers of all ages and skill levels.