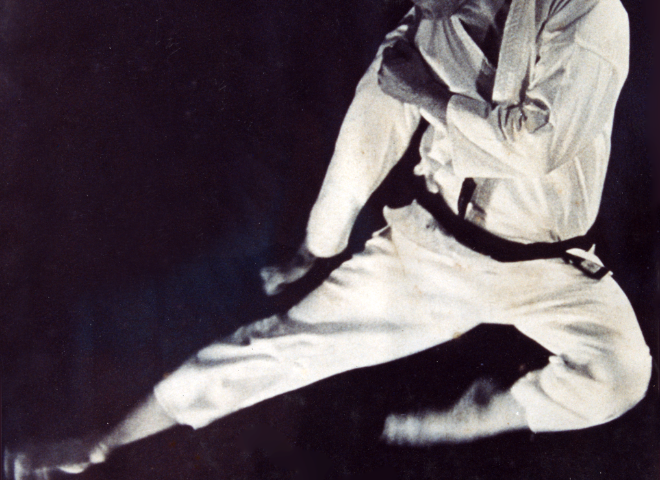 Edward “Ed” McGrath is a Grand Master of Isshin-Ryu, with a 10th degree blackbelt, the highest that can be awarded, and close to 50 years of experience in the field of martial arts.

Ed started his training back in 1958 under Sensei Donald Nagle, and started performing numerous demonstrations in the early 1960’s as a U.S. Marine on base and in tournaments.  He made 7 appearances at the Worlds Fair Pavilion in New York.

He was released from the Marines in 1962, due to a permanent service disability to his left knee, sustained while doing a hand to hand combat demonstration for the Marine Corps. In 1963, he began his first karate teaching outside the Corps.

In 1969, Ed moved to Long Island and opened a dojo (school) in Bellmore. He then moved the dojo to Lindenhurst three years later.

Throughout all he has done as a Sensei, he never lost contact with his beloved Marines. As a result, from 1963 to the present, he volunteers his time to teach Marines by visiting bases showing his techniques and teaches hand to hand combat at the USMC First Marine District in Garden City, New York.

Just before his death in August 1999, Grand Master Donald Nagle named McGrath as his successor.

Throughout his career, Ed has been inducted into multiple halls of fame and won many awards. These are as follows: