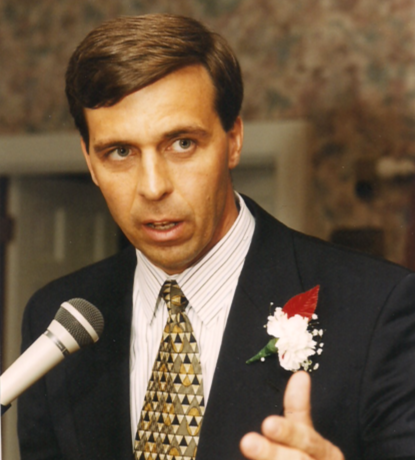 Brad Rock attended Hauppauge High School where he starred in football, basketball, and baseball before graduating in 1970. In addition to his high school athletic career, Rock also participated in student government as his role as class president and a “straight A” student.

These accomplishments earned him 200 football scholarship offers and scouted by a dozen Major League Baseball teams including the New York Yankees, New York Mets, Philadelphia Phillies, and Pittsburgh Pirates.  These four teams told Rock that if he decided to forego college, they would attempt to draft him and offer him a contract.

Rather than playing professional baseball, he decided to attend Boston College to play football. He also attended the University of Connecticut where he also played football. Rock had success at both schools, but a dislocated elbow and back injury prevented him from having a full college football career.  After graduating college, the Canadian Football League sought to draft him but decided to attend Cornell Law School instead.

After practicing law, Brad Rock went into the banking business in Smithtown. Currently, he is the President and Chief Executive Officer of the Bank of Smithtown.