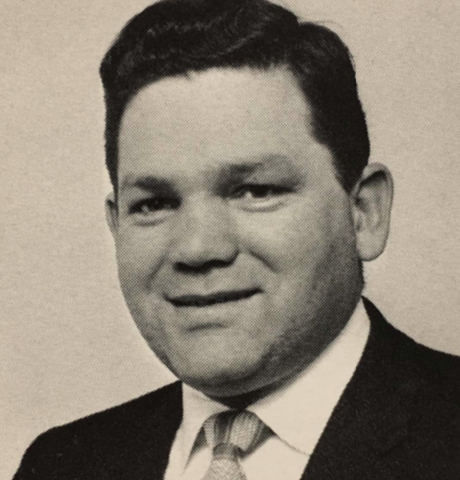 Dave Rothenberg made Long Island his home after moving in 1946. While teaching for the Board of Cooperative Educational Services, he met his wife, Bee, who was a teacher at Lindenhurst.

In 1955, Rothenberg became the athletic director at Sachem Central School District. There, his responsibilities were editing a book on physical education for schools and raised physical exercises from games to the level of physical education and lifetime activity.

He received the nickname, “Uncle Dave” because he was known for talking to the students about their problems and helped them realize what is truly important in their lives and how to be successful as well as how to behave in and out of school. Rothenberg spoke in the fashion of a Dutch uncle where he was blunt, but he was able to teach his students lessons.

Along with his role as the athletic director, Rothenberg also officiated soccer, football, basketball, and baseball and was a founder of the Western Suffolk Basketball Officials and Suffolk County Soccer Association.

Section XI also was something Rothenberg heavily involved himself in. He was the chairman of basketball for four years, soccer for five years, and football for six years. Dave had also established county-wide tournaments in each sport and was the First Assistant to the Executive Director.

One of Rothenberg’s most outstanding accomplishments is being one of the founders of the Special Olympics in Suffolk County. He was a member since its beginning and he even served as the chairman in 1975.

After his career as an athletic director ended in 1980, Dave became an assistant professor at Stony Brook University. He even served the state of New York by participating and holding positions on committees. These include the Advisory Council to Assembly Committee on Aging, president of the Long Island Council of Senior Citizens, and holding a position on the board of directors of the New York State Council of Senior Citizens.