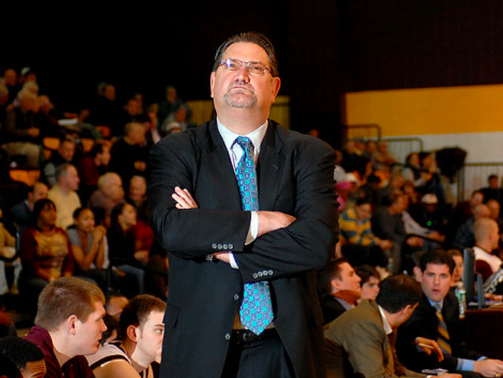 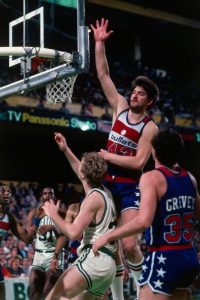 Former basketball standout at Sachem High School in the late 1970’s, he was the first athlete in Sachem history to have his jersey (No. 43) retired. He scored 1,186 points in his career, which ranks him first all-time at the school.

In the 1976-77 season he had program records of 583 points (average 28 per game) and 133 free throws. He attended Iona College on a basketball scholarship and was drafted by the NBA in 1980. He opted to play a year in Barcelona, Spain before returning to the USA and playing for the Washington Bullets for five seasons.

At Iona he played for coach Jim Valvano before Valvano left for North Carolina State University. Ruland was the big gun on the Gaels’ 1979–1980 team that beat eventual national champion Louisville 77-60 at Madison Square Garden during the regular season and compiled a 29-5 record en route to a number 19 national ranking, the best in the school’s history.

Ruland was selected by the Golden State Warriors in the 1980 NBA draft with the 25th overall pick. During the 1980–81 NBA season he instead opted to play professionally in Barcelona, Spain for a year before returning to the U.S. Prior to his rookie campaign, his draft rights were traded by the Warriors to the Washington Bullets, with whom he played for five seasons before being traded to the Philadelphia 76ers. He retired after five games with them in 1987 after a nagging knee injury.

After stints with various teams, Jeff began his basketball coaching career in 1993. He returned to his college alma mater and led Iona to three 20 wins seasons and several championship appearances. He also coached at the University of the District of Columbia and has served as an advanced scout for the Washington Wizards of the NBA. 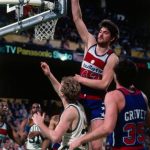 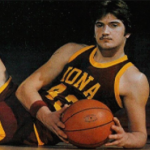 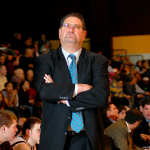