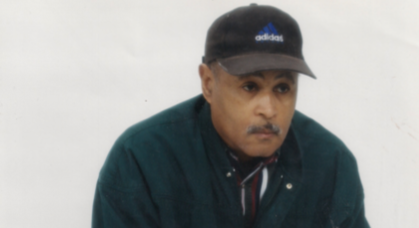 During his sophomore year, Simmons placed second on the IC4A Indoor two mile relay. He had run the fastest 800 lead-off leg of the Madison Square Garden season. Additionally, Simmons ran the third leg of the 880 yard relay at the Penn Relay Championships and placed fourth in the IC4A Outdoor 440.

Simmons had an outstanding year during his junior season as he ran the anchor leg in the Jaspers’ mile-relay team that won in the Millrose Games. He also placed 5th in the in the 440 yard dash at the IC4A Outdoor Championships.

After graduating in 1957, Simmons continued his athletic and academic career by receiving his Master’s Degree in Guidance Education from Hofstra University. He also was the Second Army 440 yard dash champion in 1959.

In 1961, Dick Simmons taught physical education and became the coach at Brentwood High School for cross country and track.

Simmons continued to teach physical education at Brentwood even after giving up coaching track in 1970 to become the director of Manhattan College’s Special Opportunity Program. In 1992, he retired from teaching and was inducted into the Manhattan College Athletic Hall of Fame in 1998.