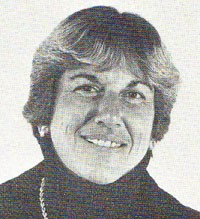 With her girls’ basketball, softball and volleyball teams she won three league championships in each sport in the 1980’s.

Cathy was selected 14 times as coach of the Section XI tennis team representing them at the State Championship and has won many coaching awards. She was also an accomplished athlete in both basketball and softball while attending Montclair State College, where she is also in their hall of fame.

Rose Battaglia, one of the most respected collegiate coaches in the nation, ranked her with Anne Donovan, the dominant center from Old Dominion during the 1980s. Playing for Montclair State and a number of outstanding women’s amateur teams, Vayianos demonstrated tremendous basketball talent. One of the first big wins turned in by Montclair State in women’s basketball came over East Stroudsburg State during Vayianos’ undergraduate days. In softball, as a pitcher and infielder, Vayianos developed into a top-flight player hitting well over .450. As was the practice in those days, she also played a good deal of softball with leading amateur teams in the area.