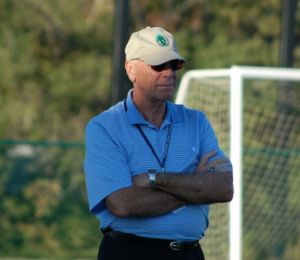 Richard Berg is a former basketball coach at Dowling College and Hofstra University.

During his time at Dowling, his teams won nine conference championships, 4 NAIA District Championships and made four National Tournament appearances while compiling an overall record of 275 wins with only 80 losses.

Berg joined the University of West Florida as Athletic Director in July of 1988, as he inherited a growing athletics program.  Under his watch the department grew from nine teams and an annual budget of just under $500,000 to 14 teams and a budget of over $3 million. Berg led the Argonauts in their transition from the NAIA to the NCAA in 1994-95, and during his years as Athletic Director he also led numerous facility renovation projects in the UWF Field House and Sports Complex.

Berg is internationally renowned for his work in promoting athletics and health and fitness. He has lectured in sixteen different countries and was among the first American coaches to speak at the Physical Education Institute in Budapest, Hungary when the country was behind the Iron Curtain. He has also been extremely active in International Sports and the Olympic movement over the past 25 years. He was involved in the National Sports Festival in 1978 and, since coming to Pensacola, has been active with sports in Northwest Florida.

In addition to his over 30 years of work in athletic administration at the NAIA and NCAA Division I and II levels, he also coached men’s basketball for 20 years while at Dowling College and Hofstra University in New York. Berg served on many NAIA and NCAA committees, including a stint as the South Region Chair of the NCAA Men’s Basketball Committee while at UWF.

He has also been inducted into the Pensacola Sports Association Hall of Fame (1998) and the Dowling College Athletics Hall of Fame (2000). He was also selected to the Pensacola News Journal Top 10 Coaches/Administrators of the 1990s. In 2002, he received the Marion Viccars Prize by the University of West Florida.

A native of New York, Berg received a B.A. in Social Sciences from Mansfield University in 1964 and an M.A. in Sociology from Adelphi University in 1972.  Berg was a three-sport student-athlete at Mansfield, playing for the basketball, football, and track and field teams. 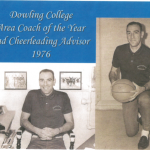 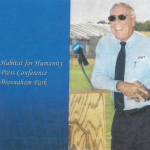