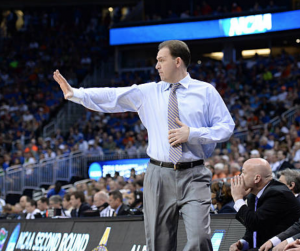 From the time he was 8 years old until his junior year in high school, he seemed to excel in every sport he tried, from ice hockey to basketball.

In high school, at Miller Place, Will Brown was chosen to captain every sport he participated in – soccer, basketball and tennis. However, the summer before his junior year, Will was diagnosed with Chrohn’s Disease and his life was drastically changed.

He missed the first seven weeks of his junior year, and had to make some decisions regarding his participation in athletics. His true love was basketball, and he had to sacrifice playing soccer in the fall so he might be strong enough to play basketball in the winter.

Not only did he play, he played extremely well. He averaged 24 points per game as a junior and 35 points as a senior as Long Island’s top scoring player. He also maintained high grades and was an honor student. He was admitted to Ivy League’s University of Pennsylvania Wharton School of Business.

Once again, his health broke down and Will was forced to choose school or sports. He wanted both and transferred to Dowling College, but it was agreed he would sit out the first season to rest and rehabilitate. He went on to scored over 1,000 points with over 500 assists and helped Dowling to their first NCAA Tournament berth. 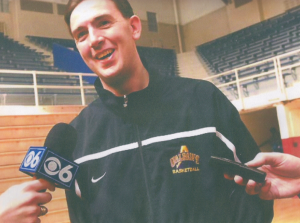 He is currently the men’s basketball coach at the University of Albany. In his time as head coach, Brown has led Albany to all seven of the Great Danes’ postseason appearances as a Division I team, including their first five NCAA tournament berths.

Brown joined the Albany staff as an assistant for the 2001–02 season, and was named interim head coach on December 20, 2001 after head coach Scott Beeten was fired. On March 13, 2002, UAlbany removed the “interim” tag from Brown’s title and officially named him as its 15th head coach.

Prior to arriving at Albany, Brown spent three years at the men’s head coach at Sullivan County Community College, compiling a record of 90–10 in those three seasons. Brown began his coaching career as an assistant for three seasons at The College of Saint Rose. 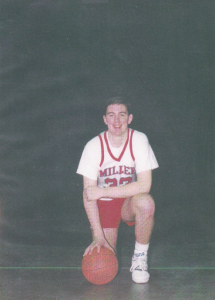