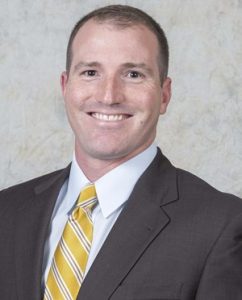 Kevin Cassese played football and lacrosse at Comsewogue High School and excelled in both, winning many championships and individual awards.

Cassese has been the head men’s lacrosse coach at Lehigh in 2013. Cassese’s impact has been immediate in his short time, capped off by the school’s first-ever Patriot League Tournament Championship and NCAA Tournament appearance last season. Cassese led the Mountain Hawks to a school-record 14 wins, a program record nine-game winning streak and their highest-ever national ranking; Lehigh came in at No. 4 nationally in the final Coaches Poll following the regular season.

On a personal level, Cassese continues to make his mark on the U.S. Lacrosse scene as he’s coached the United States in Stars & Stripes Weekend and Champion Challenge each of the last two years. In February, Cassese was named an assistant coach for the 2014 U.S. men’s national team, joining a staff led by former Navy head coach Richie Meade. Cassese will serve as one of three assistant coaches along with Dave Pietramala (Johns Hopkins) and Jeff Tambroni (Penn State).

One of the most decorated student-athletes in Duke history, Cassese served as an assistant coach at his alma mater from 2005-07, helping lead the Blue Devils to the 2007 National Championship Game. He also served as Duke’s interim head coach for part of the summer of 2006. Prior to Duke, Cassese spent one season at Stony Brook as an assistant where he directed the nation’s top extra man offense and helped the Seawolves to a 10-6 record in 2004.

A two-time captain and three-time All-ACC selection while at Duke, Cassese helped lead the Blue Devils to three NCAA Tournament appearances and a pair of ACC Championships during his collegiate career. Cassese earned All-America honors on three separate occasions, including First Team accolades in 2002 and 2003. Cassese, who scored 80 goals and handed out 38 assists in his career, was a two-time Tewaaraton Trophy finalist and garnered ACC Player of the Year honors in 2001. In 2002, Cassese was the recipient of the Lt. Donald MacLaughlin, Jr. Award as the nation’s top midfielder.

Cassese was the second overall selection in the 2003 Major League Lacrosse Draft by the Rochester Rattlers. Among his professional accomplishments are a pair of MLL Rookie of the Week honors and a spot on the 2005 All-Star Team. Cassese, who was traded to the Philadelphia Barrage during the summer of 2007, helped lead his new team to the 2007 Major League Lacrosse Championship, as well as a spot in Championship Weekend in 2008. Cassese was signed by the Boston Cannons prior to the 2009 MLL season and appeared in 12 games during the regular season while helping lead them into the postseason.

A native of Port Jefferson Station, New York and graduate of Comsewogue High School, Cassese earned his Bachelor’s Degree in Sociology from Duke in 2003. He garnered USILA Scholar All-America and ACC Academic Honor Roll honors as well as the ACC’s Weaver-James-Corrigan Honorary Award for outstanding athletic and academic achievement.

Cassese and his wife, Katie Granson Cassese who attended nearby Freedom High School, were married in Bethlehem in December of 2006. Katie is currently a Realtor for RE/MAX Central in the Lehigh Valley. They had their first child, Drew Cassese, in July of 2011.