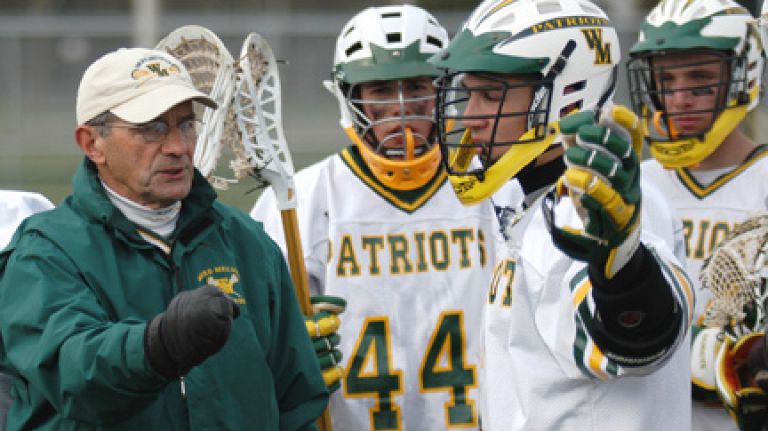 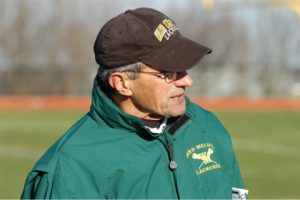 The former department chair for health and physical education and boys varsity lacrosse coach at Ward Melville High School in Setauket, N.Y., Cuozzo has amassed some of the most impressive high school coaching accolades of any sport or level in the country.

Cuozzo’s credentials are impeccable, foremost among them his 747 career victories, most of any high school boys lacrosse coach in the country. He lost only 100 games for a winning percentage of .882. At Ward Melville, where he established a dynasty, Cuozzo won 699 games and a slew of titles — 35 league, 22 Suffolk, 15 Long Island and seven state (Class A).

In 1984, he received the New York State Coaches Association Honor Award and in 1987 was inducted into the Long Island Lacrosse Hall of Fame. In 1991, Cuozzo was named the “Man of the Year” by the National Interscholastic Lacrosse Association.

As a Cortland undergraduate, Cuozzo lettered as a back in football, a lacrosse midfielder and track sprinter and long jumper. The Yonkers, N.Y., native was an ECAC Scholar-Athlete in football, a Whitney T. Corey Scholarship recipient, and the Winter Carnival King. He also served as a Delta Kappa Beta fraternity officer and was active in student government.

Cuozzo earned a B.S. in Physical Education in 1959. He received a master’s degree from Hofstra University in 1962. He taught elementary physical education and junior high science in Bay Shore, N.Y., before becoming, in 1967, a physical education instructor and lacrosse coach at Ward Melville High. 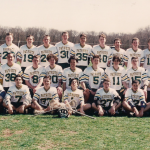 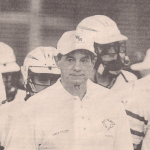 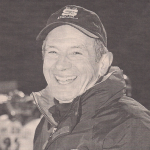