He started playing hockey in Ontario, where he was born, with the Junior C Penetang Hurons.  He was a left-winger who became a star throughout Ontario and was drafted by the New York Rangers in 1955.

Buzz spent the next 10 years playing professional hockey from coast to coast.  From 1959-1960, he played for the Sudbury Wolves in the Eastern Professional Hockey League. Buzz’s skills developed in the next two years while playing for the Indianapolis Chiefs in the International Hockey League. He then joined the Long Island Ducks of the Eastern Hockey League in 1962.  This team and league was depicted in the movie, “Slapshot”. The NHL was comprised of only 6 teams back then and in his first season at the Commack Arena, Buzz scored 38 goals and 83 points in just 67 games.

He followed that up with a franchise record of 59 goals and 98 points in the 1963-64 season.  He continued his playing career for various teams before retiring in 1969.  Deschamps moved to Bay Shore in 1974 with his wife, Trudy, and raised five children while remaining active in hockey.  He was a scout for the Rangers and Calgary Flames, as well as a youth hockey coach, for several years.

Deschamps served over a decade as the varsity coach of the St. John’s University hockey team.  In recent years, Buzz became the Head Coach of the Men’s Ice Hockey Team at Stony Brook University.  They have turned to him to lead them to a Division I program and maybe one day have their own rink at the college.  In 2009, his team qualified for the National Championship Tournament, which includes the top 16 teams in the ACHA. Deschamps later served as the director and coach in the New York Islanders Youth Hockey program and in the Suffolk PAL Youth Hockey program. 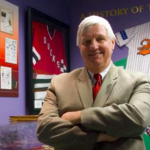 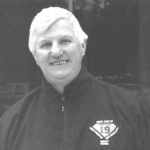 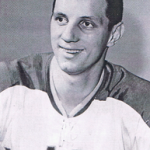 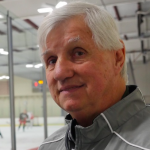 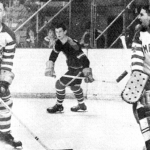 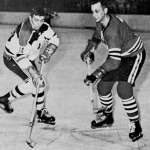 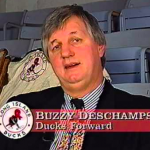 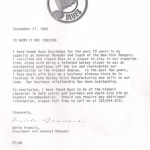 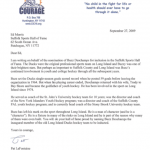 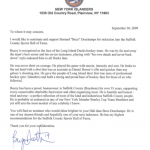 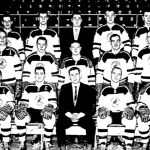 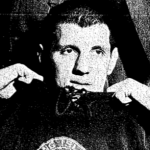 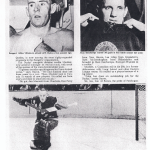