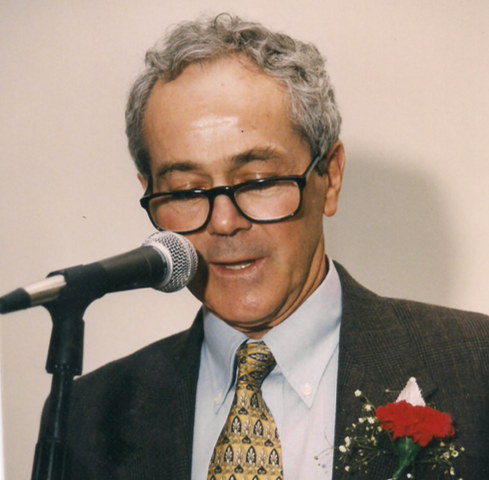 John Eden was the boys soccer coach at North Babylon High School from 1963 to 1989.

His record was 371-92-40 and his teams qualified for the Suffolk County soccer playoffs 25 straight years. They reached the pinnacle, winning a New York State championship in 1985. The soccer field at North Babylon High was named in his honor in 1996. Eden is also an inductee of the Cortland Wall of Fame.

From an All-American fullback at Cortland in the early 1960’s to the National Soccer Coach of the Year in 1981, Eden made the most of his opportunities in the sport.

“Whatever success I have attained can be attributed to my undergraduate courses at Cortland,” said Eden, the North Babylon High soccer coach since graduating from Cortland in 1962. “Excellence is the word that most easily comes to mind when one describes Cortland’s educational experiences. The educational and athletic programs, including the excellent professional staff, were of such high quality it became almost a mere formality that Cortland’s graduates would have a clear advantage in the pursuit of a successful career.”

Born in Brooklyn, Eden grew up in Islip, N.Y. While at Cortland, he earned a trio of varsity letters as an All-Conference Red Dragon third baseman, but truly excelled as a soccer fullback under Coach “Prof” Holloway, the man Eden gives the most credit for his later success as a coach, teacher and administrator. Twice an All-State selection, Eden played on the outstanding 1960 Red Dragon squad that went undefeated in the regular season before losing to Connecticut by a goal in the NCAA tournament. He was chosen All-American in his senior year.

Eden earned his B.S. in Physical Education in 1962. He later received a master’s degree in school administration from Hofstra University and his Athletic Director’s Certification from NYU. At North Babylon, Eden has taught physical education in the high school and, for the last eight years, has been the coordinator of physical education for grades 7-12. The soccer coach for past 23 seasons, Eden’s teams have a combined record of 299 wins, 70 losses, and 30 ties. He has won 13 league titles, nine county championships, and four Long Island crowns. Many of Eden’s former soccer pupils have attained conference and national honors competing for SUNY Cortland.

Eden has been named Coach of the Year in the league on 15 different occasions, while winning sectional Coach of the Year plaudits eight times. The New York State Physical Education Association has awarded Eden its honorary award for soccer coaching three times. The University of Pennsylvania Alumni Award, given annually for “leadership, success and citizenship” to one Long Island coach from among all sports, was presented to Eden in 1976. In 1981, the National Soccer Coaches Association, in conjunction with the Mutual Life Insurance Company, named Eden its National Soccer Coach of the Year. Between 1978 and 1982, Eden coached the Long Island scholastic men’s soccer team to four gold medals. In 1966, he established the highly successful North Babylon young soccer program. He did the same with the Baymans Club in Sayville and Bayport in 1974. 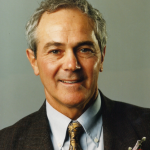 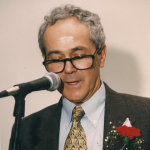