Farrago was born in the Bronx, but grew up on Long Island. Boxing was not a part of his upbringing, but he adapted a style very alike to a professional fighter with the motivation to make enough money to pay his way through medical school.

He finished his career with 25 wins, 2 loses and one draw. He picked himself up, after losing following 25 straight wins, and became a school teacher with a BS in Biology and a BS in Physical Education that he received from Cortland State University. Eventually, he moved into sales and started selling medical devices and implants in the operating room. He works in hospitals throughout Long Island and the surrounding boroughs.

In 2010, he became the founder and president of the Veteran Boxers Association Ring 10, a successful not-for-profit organization that helps former fighters better their lives after the glare of the spotlight has dimmed and their names have been forgotten. Matt’s term as president has since ended. 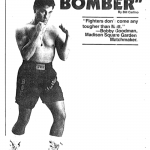 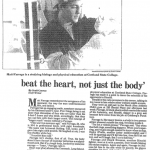 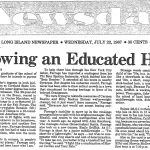 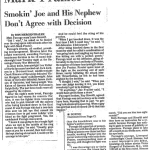 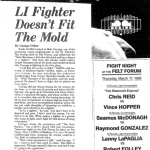 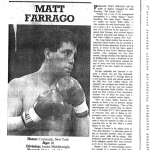