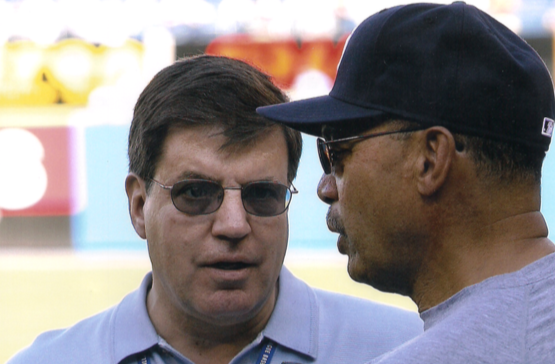 Bob Herzog, who was born in the Bronx, grew up in Dix Hills and attended Commack High School.  During his time there before graduating in 1968, Herzog was the editor in chief of the school newspaper and a member of the National Honor Society.  His accomplishments in sports include two varsity letters in baseball, one varsity letter in basketball, and leading his baseball team as a co-captain to a victory in League I Championship in 1968.

After graduating high school, Herzog attended Syracuse University.  During his time at the university, he served the school newspaper, The Daily Orange, as sports editor for two years.  While doing this, Herzog specialized in covering sports such as football, lacrosse, and basketball.  In the summer of 1971, he was the only intern at the Washington Post’s sports department.  This was a paid position where he functioned as a full-time reporter, covering a wide variety of sports for 10 weeks.

In 1972, Herzog graduated with honors from the Newhouse School of Communications.  From that point to 1976, he continually worked as a sports editor or writer in Buffalo, New York; Trenton, New Jersey; and Lansdale, Pennsylvania.

In 1976, Herzog’s illustrious career at Newsday began as a sports copy editor.  Five years later, he was promoted to Newsday’s Sunday Sports Editor and became the Sports Features Editor in 1986 where he specialized in professional sports.  Six of the sections that Herzog edited have won awards from the Associated Press Sports Editors.

After 42 years as a Newsday sports writer, Bob Herzog retired in 2018.