Lyons is a former professional football player who was a defensive tackle for eleven seasons during the 1970s and ’80s. He did not attend high school in Suffolk County, but he is a Suffolk County resident.

He played college football for Alabama and earned All-American honors in 1978.

In 1979, he was a first round draft pick for the New York Jets. He went on to play for the Jets for 12 years and was a member of the team’s famed “New York Sack Exchange,” the team’s dominant front four in 1981-82 that also featured Mark Gastineau, Abdul Salaam and Joe Klecko. He retired in 1989 with 45 career sacks.

He established the Marty Lyons Foundation in 1982 to work with terminally ill children and providing them wishes. He won the Walter Payton Man of the Year Award in 1984 as a result of his work. In December 2011, Lyons was honored by the Heisman Trust as a recipient of the sixth annual Heisman Humanitarian Award. 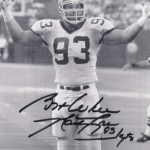 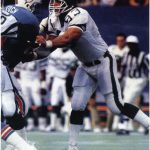