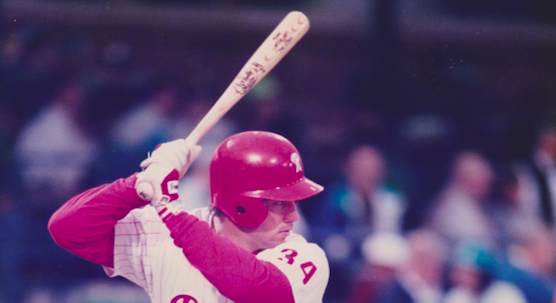 The Suffolk Sports Hall of Fame was saddened to learn about the sudden passing of Hall of Famer Rob Grable on Friday, July 19, 2019. The Class of 2015 inductee was 49.

Grable, who played professional baseball and starred at Connetquot High School and St. John’s University, was the principal at Mount Sinai High School at the time of his death.

A three-sport athlete at Connetquot, he was All-County in football, basketball and baseball.

It was on the baseball diamond where Grable excelled the most. A runner-up for the Yaztrzemski Award as the top player in Suffolk County as a senior, he later went on to be a three-year starter with the Red Storm and was eventually selected by the Detroit Tigers in the 23rd round of the 1991 MLB Draft.

A trade pushed Grable to the Phillies where he spent three seasons and reached as high as the Triple-A level. He retired from professional baseball in 1995 to focus on his career in education.

He is also a member of the Connetquot Hall of Fame and St. John’s University Athletic Hall of Fame.